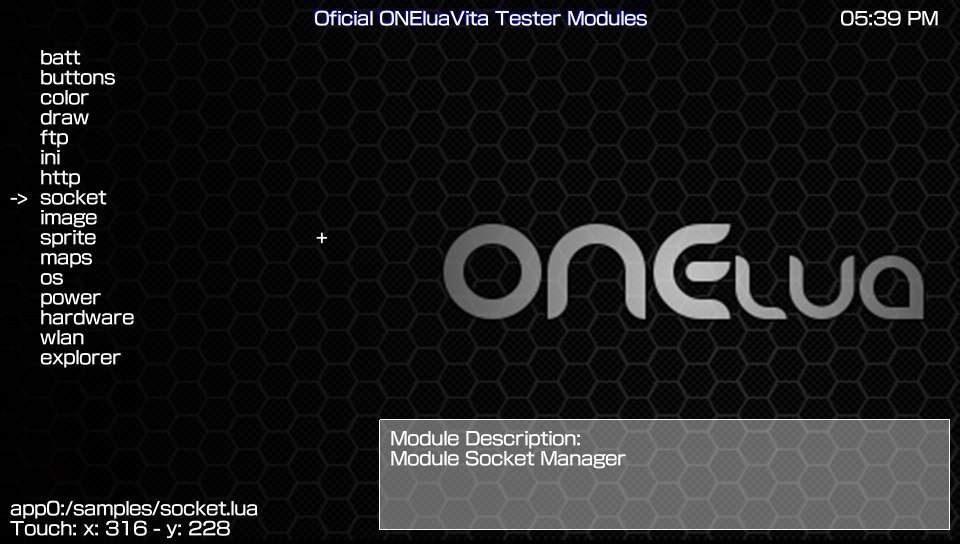 ONEluaVita V2R0
ONElua was originally a lua interpreter for the PSP, which is currently being ported to the PSVita with Henkaku and all the possibilities it offers !

Okay, but what is an interpreter? Basically with this tool (interpreter), you can create your own homebrew and applications, introducing and translating your ideas through the built in ONElua and of course native LUA.

Although there is still much to be done, such as including the sound and SaveData modules are our priorities, but we believe our first version has enough to create homebrews decently ! We are also attentive to your ideas, to all the mistakes that can be find and which will be much help to further refine the interpreter.

This first release includes a number of samples that we believe will facilitate the use of its functions, as is customary in our website, you can find the binary and all documentation about built-in functions and usage details.

It incorporates some small but useful samples, launched from a simple menu, and contains a beta file explorer.

V2R0 (UPDATE)
- Fixed prints (%,ñ,... etc).
- Change buttons.rumble.
- Added a complete file system to support path work.
- Removed "app0:" the partition, and added support writing on the route of the app.
- Added sintaxis extended in strings, Operators "+, -, /, *, +=, -=, *=, /=". example print("Hello from " + "ONElua") -- Hello from ONElua
- Added ONEdebugger - Real-time debugger errors in your scripts.
- Added os.uri, lets you call “special” URIs on your PS Vita.
- Added os.arg, You can invoke ONElua from another application, and know how it was called and if there is any special argument.
- Added possibility to install themes, "LiveArea".
- Added possibility to use protocol "https://" in the http module.
- Added possibility to stream PSVITA screen to PC "Based on Rinnegatamante code and compatible with rinCheat Streamer PC app".
- Fixed a bug in files.list 'times'.
- Added Support to write/read from "savedata0:".
- Reorder code and internal improvements.
- Added Sound module, Support MP3 format.
- Added sound.getid3() and sound.extractcover(), to handle mp3 files.
- Added Camera module, you can manipulate both chambers, and apply some tricks.
- Added function to compress file or folder, 'files.makezip()'
- Updated function 'game.info()', now get data of .sfo, eboot.pbp or VPKs/ZIPs.

In the official web you can Download ONEmaker:
We include a necessary and very useful thing for creating your own VPKs of ONElua and so you can incorporate all the necessary files that are part of your own homebrew tool. 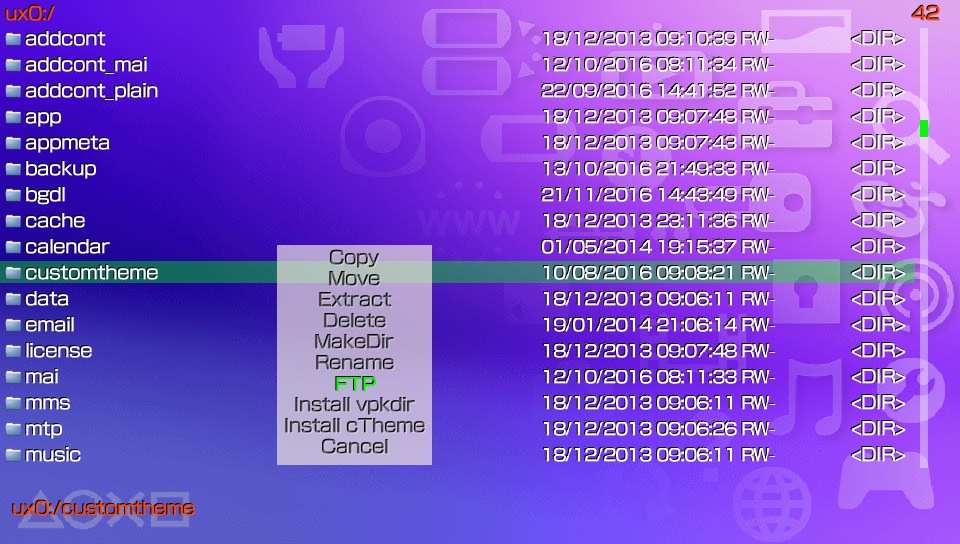